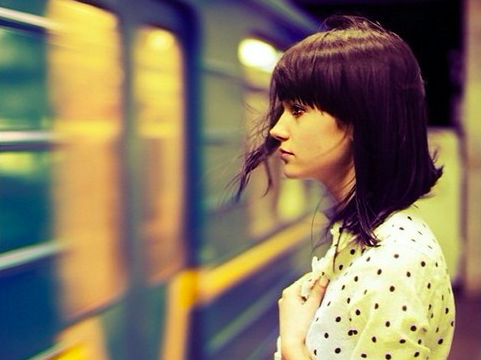 Note: This list is not at all exhaustive and mostly comprised of instances within the last 365 days.

1. With a police officer. After my purse was stolen, I went to the police station to file a report, which included my phone number. Later that night, I got texts from the officer who took the report. Nothing about my purse or its contents, but about how my ass was so nice he wanted to take me out on a date.

2. Walking alone. Day or night, there have been several times in which I’ve felt uneasy walking alone. Whether it’s a man lurking on a corner suddenly following me asking why I’m walking so fast, or the man who thinks he can negotiate a different form of contact when I refuse to give him my number, it seems that we live in a society in which a woman cannot simply say no. It has to be a “Aw, thanks, but I actually have a boyfriend…” And for some reason, it’s this that they (mostly) respect.

3. Walking with other women. Leaving a mid-day brunch with three other women, a man started following us, then began harassing us. When I finally spoke up and told him to leave us alone, he became more agitated. On seeing another person coming towards us, I asked for his help. The man harassing us laughed and said he wasn’t going to help us; that no one was going to help us. And the man passing by smiled, nodded and waved at his friend (though perhaps it was a stranger and they were only showing solidarity as men) as he kept walking past us.

4. Working at my job. A man I worked with was known for being a bit off-beat. But over the course of a couple weeks, he began to get more verbally aggressive which quickly turned into sexual harassment and finally physical assault. I reported it to my manager, but what surprised me the most was that some of my coworkers actually felt bad for him. Instead of getting support, my they talked about me, not to me, whispering things like they felt he should have been given more of a warning before getting fired, that I was blowing it out of proportion, that shit like this happens all the time at restaurants.

6. At home. I was seeing a guy in Brooklyn on and off for almost a year. He was usually laid back and liked to party a lot. But one night this guy showed up unannounced outside my building around 4:00am coked out of his mind demanding to be let in to because he had come all this way just to see me, that he missed me, that he had no where else to go, that it was sooooo late, that he just needed a place to crash for the night.

7. On the bus. It was around 11p that I had to take the bus from the Bronx back home, so it was pretty empty. I sat up front and the bus driver seemed kind enough, chatting about how New York used to be, giving me tips on how to avoid dark alleys and how to make a weapon with my keys and fist. But his questions turned from casual to personal, and I felt the need to lie about where I lived, and what time I usually got off work. When I got off the bus (two blocks from my home), he told to give him a call sometime and he’d make me a nice meal.

8. In an Uber. For the most part, I reserved shared rides for when it was too late or I was too inebriated to get home on my own on the subway. For my Uber driver, I think he took this to mean it would be easier to hit on me. As he drove me home, I could feel his eyes on me. When I finally looked up, he told me how sexy I was, why I was going home alone, and that he knew a place where I could keep the party going.

9. Getting a massage. Maybe it was sexist of me, but I usually preferred to get massages from males (dem big, strong hands!). But after my last one, in which the massage therapist kept breathing into my ear, then telling me how beautiful I was, how lucky my students were, how incredulous it was that I was single, I figured it was time to do the legwork and find a large-handed female masseuse.

10. Buying food. Probably one of my favorite things about living in New York City is the abundance of really cute cafes. And one of my least favorite things is the catcalls. When I first moved to NYC, I brought with me small-town friendliness and a California attitude. If someone said hello, I said it back, but quickly learned that men took this as an invitation to a conversation. What I thought was the requisite small-talk while waiting for your order quickly turned into an examination of my womanhood: How old was I? Was I married? Did I have any children? Was I a virgin?

Begin typing your search above and press return to search. Press Esc to cancel.